Submarine has been working on digital marketing and social media for Kings Premier Health Club over several months, applying a fresh approach to creative, promotional video, improved tracking and a mobile optimised website platform. The benefits of this are now being seen with the analytics moving from quantitative to qualitative - user based reactions indicating engagement with post content - video, images, text and colours. This has been utilised in the latest requirement to advertise two vacancies within the organisation.

With a short timeframe the decision was made to use social media as the primary channel for advertising - Facebook, Twitter and Instagram - the latter particularly popular with under 30's. This route has multiple benefits including the ability for viewers to share the advert in real time to their friends and family, including via mobile devices (which accounts for 90% of the traffic on Facebook). 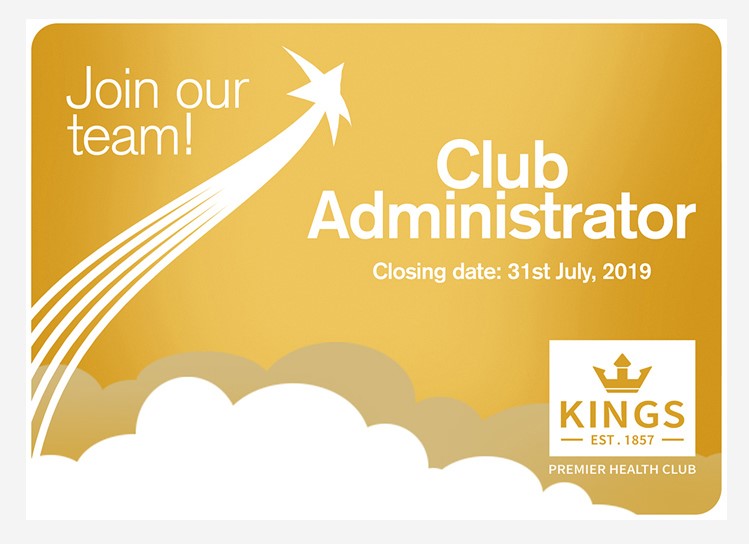 Attention span on SM is short and users may see dozens of posts in a day so the artwork needs to be simple and direct, the detail of the offer and call to action held within the post itself. Submarine lead creative Paul brown dispensed with the former approach of using photographs in favour of a graphic approach with the job title promoted and in a template format that can easily be re-used in future, streamlining Kings future advertising process. 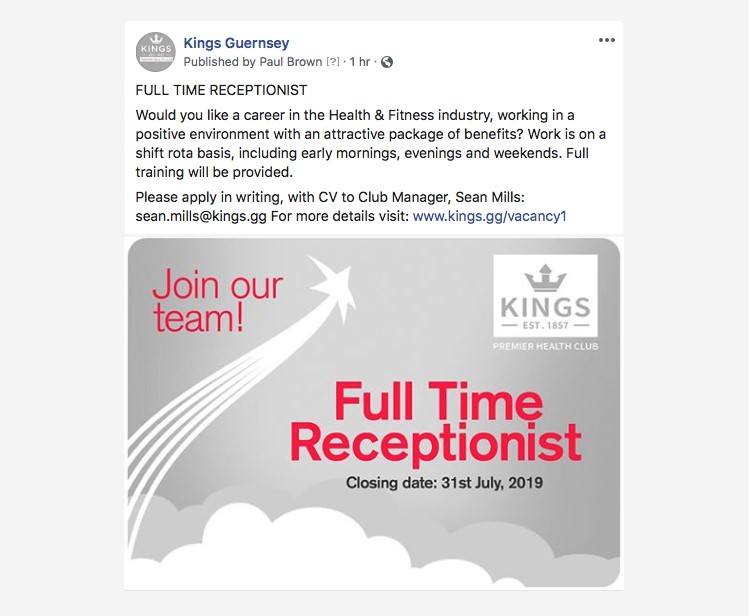 A second vacancy advert was published shortly afterwards. The post text engages the viewer with a question, provides basic information and a call to action (CTA) link which funnels prospects through to a support web page within the company website where they can progress the application.  Both posts were boosted over 5 days to a target audience within Guernsey and the overall campaign response was very positive, successful in generating a number of short listed candidates. 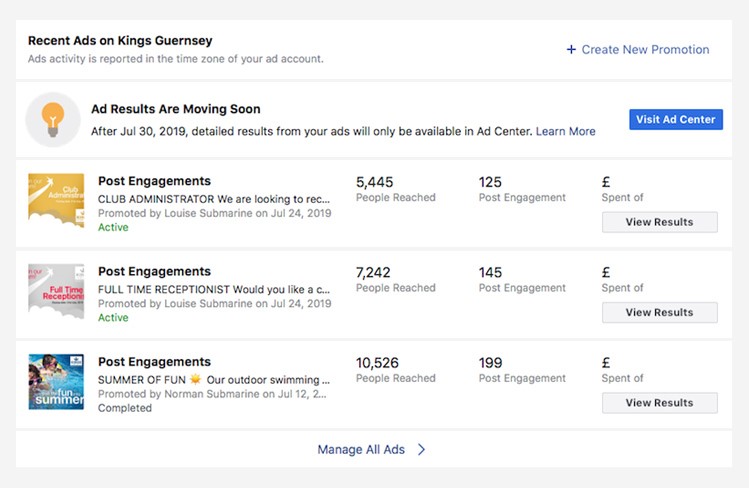 Using a mobile first, digital marketing approach with a website funnel in support, King's have improved their approach to recruitment - a new strategy which is more effective for Gen Z / Millennials and significantly cheaper and more flexible than agencies, the printed press or local radio advertising. You can too!

Have you landed here from a web search?

Submarine are a technical and creative solutions provider based on the island of Guernsey near the French coast. Our field of operation is generally the Channel Islands although we do service clients with wider operations within Europe.